You are here: Home / Communities / Monument

Incorporated in 1879, named after Monument Creek, and located on Interstate 25 between Colorado’s two largest cities, Denver (approximately 50 miles to the north) and Colorado Springs (a little less than 21 miles to the south), Monument is about as aptly named as any town that you’ll ever come across.

The city of more than 6,800 friendly residents is itself a monument to its host state’s defining features. The vast majority of Monument real estate provides stunning views, and quick and easy access to the outdoor playground of the Rampart Range, the majestic mountains that serve as the Rocky Mountains’ eastern front range. It emits a charming, small frontier town aura, while simultaneously delivering big city conveniences. Monument is home to an incredibly diverse selection of retailers and restaurants, and its own small brewery, Pikes Peak Brewing Company, which serves a wide variety of locally handcrafted beer.

The town of Monument, Colorado is situated on the Rampart Range in Northwest El Paso County. The town is bordered by National Forest on the west, the United States Air Force Academy to the south, foothills and rock outcroppings to the north and rolling plains to the east. Monument was named after Monument Creek which flows through the west side of town. The average high temperatures in the summer reach 85 degrees Fahrenheit, while the average winter low temperature is 12 degrees. Monument gets about 100 inches of snowfall a year; however, warm sunny days are not uncommon in the middle of winter.

Unlike many small cities in America these days, especially those located on or immediately adjacent to an interstate highway, Monument remains true to its local commerce roots. Its shopping, dining, business and entertainment venues consist primarily of small, locally owned and operated shops and services.

The city offers a number of shopping centers at which you will find an eclectic selection of individually owned stores and restaurants, such as Monument Plaza, Jackson Creek Center and The Village Merchants.

Monument also provides a myriad of fast food joints and chain department stores; however, here are some of the specific local retailers and eateries in Monument:

There are a seemingly infinite amount of parks and recreational areas dotting the countryside in and around, the Monument Area.

The 1,106,604 acres of evergreen-carpeted hills, snow-capped mountain peaks and rushing rivers that make up Pike National Forest, cozies up almost to the western borders of Monument. There are also two regional parks less than 10 miles from the city, and dozens of beautiful and challenging golf courses within a 30-mile radius of the city.

One of the most popular multi-use trails in the state is the 15-mile Santa Fe Regional Trail. It begins about 4 miles northwest of Monument in the little town of Palmer Lake, carves its way south through Monument and the southern edge of the United States Air Force Academy, and ends in Colorado Springs. It is one of the longest continuous trails in the county, and is enjoyed by walkers, bikers, horseback riders, snowshoers, cross-country skiers, and anyone else whose shadow falls across its graveled pathway.

Monument covers a total of 5 square miles and is what the state of Colorado defines as a Home Rule Charter government. As such, all of the city’s governmental policies are established by a commission, and voted on by the board of trustees and town council. In addition to these governing bodies, Monument’s charter makes provisions for a mayor and a town manager. Although it’s not technically a mountain town, Monument sits on a stretch of land with an elevation of about 7,000 feet above sea level. Its climate differs somewhat from the ‘typical’ continental semi-arid steppe climate of Colorado. Monument averages about 100 inches of snowfall per year, which is approximately 250 percent more than Colorado Springs, even though the cities are only 18 miles apart. Warm, sunny days often alternate with the snowy ones over the winter, when the average low temps can drop to about 12 degrees. Over the summer, average high temperatures are about 85 degrees.

Monument is made up mostly of small businesses, not manufacturers. Individually owned shops and services located in Monument Plaza offer a unique blend of quality shopping all within walking distance of one another. A great place to raise a family!

Interstate 25 runs north and south, slicing the state of Colorado in half, and it is the main thoroughfare for commuters in the Monument area. Other highways of note include 105, 87 and 85. There are two major airports accessible to the good folks of Monument, Colorado Springs Airport about 32 miles south of town and Denver International Airport which is a shade under 70 miles north of town. 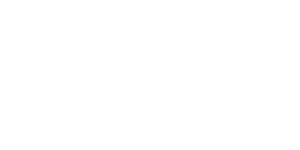 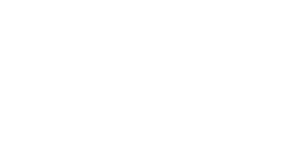